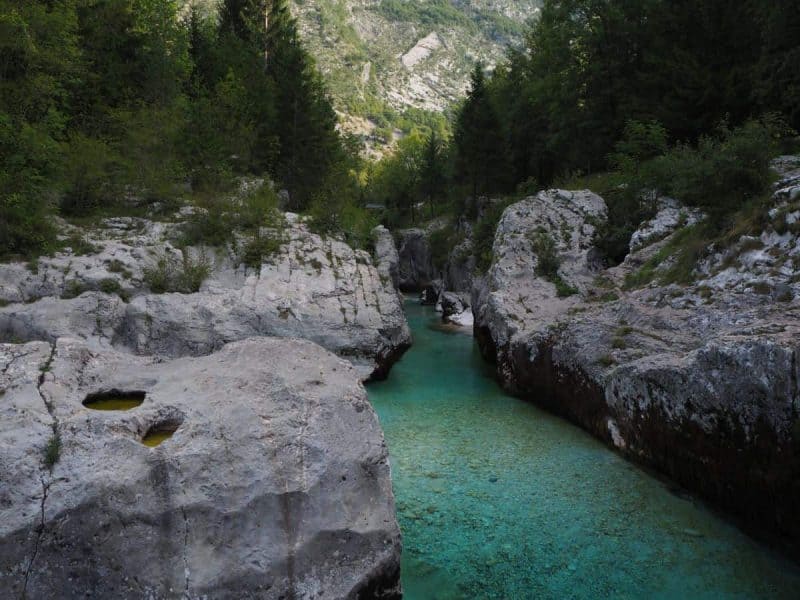 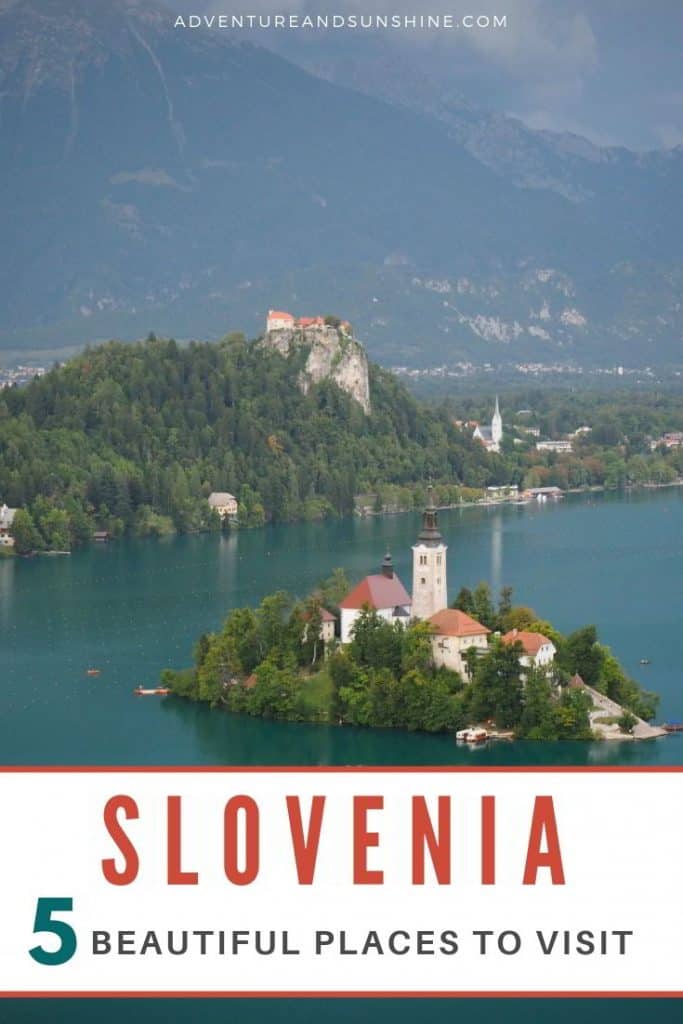 In August we decided to head south to explore the rivers, lakes and mountains in Slovenia.

We spent 10 amazing days exploring Triglav National Park, Slovenia’s only national park, located in the north west of the country. The star attraction is of course Mt Triglav, Slovenia’s highest peak at 2864 metres.

Here we share some of the highlights of our time in this beautiful part of the world.

We made our way south out of Austria, zipped through the north-east corner of Italy and turned off the motorway just outside Taraviso.

The roads narrowed and we started to wind our way along small country roads before commencing the climb over the Predilnica mountain area at Lake Predil.

As we crossed into Slovenia at the top of the pass we were greeted with stunning views of the Julian Alps. It is always a little nerve wracking dragging the campervan up over narrow mountain passes. Although to be honest I think I may be the only one in our family who finds these mountain passes stressful!

Our first stop was Kamp Soca in the Soca valley.

We had planned to spend 3 nights here and ended up dragging ourselves away after 5 nights. The campsite overlooked the river with uninterrupted views of the surrounding mountains.

When we weren’t lazing by the river we explored the local area. The area has many hiking trails for a range of abilities and we decided to walk a portion of the Soca Trail which winds its way along the river from the river source to Bovec. We also had a wonderful day visiting the Tolmin Gorge and Kozjak waterfall near Kobarid. When we finally arrived at the waterfall we were lucky enough to have the lagoon all to ourselves. The water was icy, so it was a very quick dash to the waterfall and back!

The rivers in this area are like nothing I have ever seen. The rivers change colour through the day depending on the light. from a light aquamarine to a deep emerald green. In the morning the rivers are shrouded in a light mist.

In the evening they look as smooth as silk. The water is ridiculously clear and it is sometimes hard to tell where the pebbles end and the water begins. It was definitely one of the most beautiful places we have stayed and we didn’t want to leave!

After finally dragging ourselves away from Kamp Soca our next stop was Lake Bled. The most direct route to get to Lake Bled is over the Vrsic Pass.

The Vrsic Pass crosses the Julian Alps and connects the Soca valley to the town of Krjanska Gora.  The road was built by Russian prisoners of war during World War 1 and is closed in winter due to snow. It also has 50 hairpin turns that take you up over 1600 metres.

We were unsure whether our large campervan would be able to make it as the official information does not recommend the pass for campervans.

Undeterred we did a little research on the experiences of other travellers and took a look on google maps (satellite view) and decided to take Sunny over the pass.

I am so glad we did. While the road was steep and narrow in parts it was in good condition and we had no problems with our large 7 metre van.

It is a beautiful drive with spectacular views of the Julian Alps and Mt Triglav. We made our way slowly up the pass marvelling at how little traffic there was, until we reached the top.

We had planned to stop at the summit to enjoy the views across both sides of the valley, but we were met with a traffic jam and nowhere to park! Clearly many others had the same idea to drive up the pass, coming from the Lake Bled side.

There was no way we could park so after a quick glance at the view we started to make our way down the other side. Thankfully we found a place to stop a little further down.

We had our lunch surrounded by the rocky Julian Alps admiring the people we could see climbing up Mt Triglav.  After lunch we continued our trip down the hill, feeling for the many cyclists who were taking the challenging climb to the top through steep and occasionally cobbled sections of road.

We arrived in Bled on a sunny Sunday afternoon, which also happened to be the last weekend of the Slovenian school break.

As we edged our way along traffic clogged roads and searched for a spare square of grass beside the lake for a late afternoon swim I was feeling a little deflated. It wasn’t quite the image of Lake Bled I had in my mind!

Matt suggested we take a walk up to Mala Osojnica, one of the mountain lookout points behind the campground. We walked up late in the afternoon and after a very steep walk the view across the lake opened up before us.

Gone were the crowds. All we could see was the lake, the impossibly pretty island and the castle on the hill. It was well worth the steep hike up through the woods and I was thankful to restore my image of Lake Bled!

The next day we went for a bike ride around the lake. It is a very easy 6 km cycle on shared pedestrian/bike paths. We stopped in town to taste the famous and delicious local bled cream cake (which tasted just like a vanilla slice at home). We also visited the local medical centre to have the staples taken out of my knee from my cycling mishap in Austria!

I was dreading it, thinking it would be as painful as when I had them put in. Thankfully it was a very simple and painless procedure and we were on our way in less than 30 minutes!

We made it back to the campground just in time before the clouds closed in and a huge thunderstorm rolled through. After wrestling with the awning and winding it in we all retreated to the van for the rest of the afternoon.

During our stay at Lake Bled we were lucky enough to bump into another Australian family travelling through Europe. We had a fun afternoon visiting pretty Vintgar Gorge and building cairns and shared dinner at the campsite.

The kids were so excited to play together and it was really great to chat and share travel stories over dinner. It reminded us again how much we miss socialising with friends and how rare it is for us to have long conversations in English with other adults on our trip!

Our next stop was Lake Bohinj. We checked out the campsite on the lake but found it to be crowded, small and very basic. Instead we parked the van at a lovely campsite back along the river a few kilometres from the lake.

Our first day was spent hiring a canoe and paddling out across the lake. The kids were very amused to discover the opposite banks of the lake were preferred by the nudist bathers.

They were not so interested in joining them so we made our way back across the lake to the safety of the swimwear clad bathers and spent a lovely afternoon swimming and paddling by the lake.

On our second day we decided to do a hike in the hills surrounding Lake Bohinj. We drove up a very windy and steep road and parked the van at a small ski area called Soriska Planina.

The original plan was to hike up a couple of the peaks in the area but the weather was starting to look a little like rain so we decided to hike to Mt Mozic.

It was a fairly easy hike made more interesting by the military bunkers scattered across the hillside. The bunkers date from the 1920s and a number of them are still accessible.

The kids enjoyed exploring the tunnels, wondering what it would be like to live inside the small dark spaces.

Thankfully the weather improved during the walk and we were rewarded with great views of the Julian Alps, Mt Triglav and the lake.

The next day we woke to rain. Thankfully we had already planned to leave as we needed to make our way back to Vienna for our three day cycling trip. We had hoped to visit the medieval town of Ptuj on our way.

However our plans were thwarted – not only by continuous rain but also due to a mishap with another car in a supermarket car park. Three hours and a visit by the local police later we were on our way again, van intact but minus a little pride for the accident we caused.

We decided to skip Ptuj and drove on to the south of Austria where the rain continued. This didn’t stop the kids utilising the nearby pool and waterslide! It seems even rain and temperatures of 16 degrees Celsius can’t stop them enjoying a pool visit! I think the locals thought they were crazy but there was no stopping them.

Slovenia is a great family destination and we would love to visit again. The mountains had a more natural, untamed feel about them than many other places in Central Europe and there are so many beautiful places to visit. In some ways it reminded me of Montenegro, another one of our favorite destinations.

Swimming, hiking, cycling, paddling – it is the perfect combination for active families. We had planned to see much more including the capital, Ljubljana, the Krka River area south of the capital and the wine region in the north east.

But quite simply we got stuck enjoying everything the national park had to offer, so we will need to return another time to explore more of this gorgeous country.

If you are planning a short trip to Slovenia, find out everything you need to know about car hire in Slovenia here.

Do you have a favorite destination in Slovenia? Leave us a comment below!

65shares
Disclaimer: As an Amazon Associate I earn from qualifying purchases. 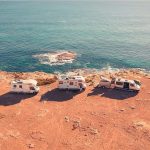 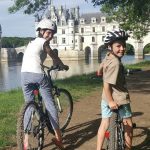 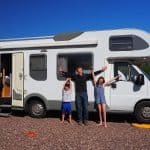 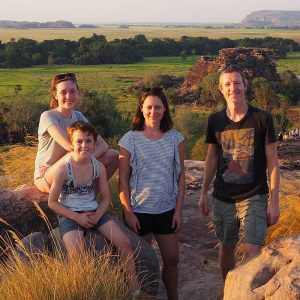 Welcome to Adventure and Sunshine. We are Rachel and Matt and we share practical travel tips to help you adventure more. Read our story here. 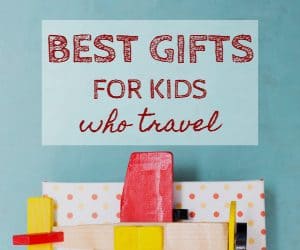