After spending 6 weeks in Portugal and Spain we were keen to head over to Eastern Europe. We wanted to start exploring a little before the summer crowds descended.

Our general plan for Eastern Europe is to start in the south and weave our way north. The first country on our list was Montenegro. Our challenge was how we could get there quickly from Spain.

Unfortunately the van doesn’t have air conditioning and it isn’t the speediest of vehicles.. What this means is generally we don’t drive more than about 300 kilometres on a travel day. Using that average it would take us about a week of driving, every day, to reach Montenegro. 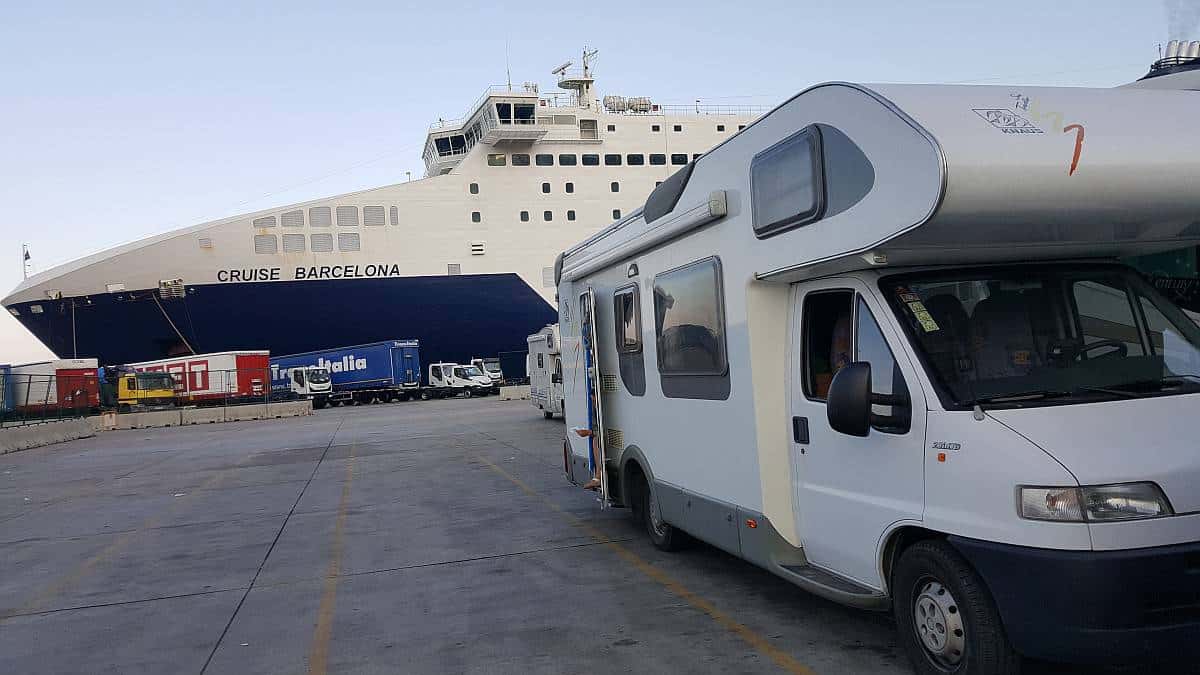 After a little research we found another option we hadn’t considered – taking the car ferry.

The trip would see us take a ferry from Spain to Italy, a 6.5 hour drive across Italy and another ferry from Italy to Montenegro.

After researching a number of third party websites we found the best prices were available with the ferry companies directly. We pre-booked both of them.

The first trip was with Grimaldi Lines and the second with Jadrolinija. Here is a summary of the trip and some travel tips for others considering the same journey.

Ferry number one – Barcelona to Rome

Our first ferry departed from Barcelona and sailed to Rome on a 20 hour overnight trip. Matt and I boarded this first ferry with a little trepidation. There are some pretty scathing reviews of Grimaldi Lines. Unfortunately they are the only company who offer the Barcelona to Rome route so there wasn’t another option.

We arrived at the Port of Barcelona in the evening as the ferry didn’t depart until midnight. Not the most convenient departure time when you have kids, but in the end it wasn’t a big issue.

During our time in Portugal and Spain the kids’ bed time were getting later and later. This was partly due to the heat and partly due to the number of local kids still up at midnight. It is hard to convince your kids to go to sleep when 5 year olds are whizzing around the campsite on their bikes! The kids were so excited by the whole ferry experience that they didn’t have any trouble staying awake!

The drive to the port was fairly simple, as was the check-in process at Grimaldi. The ferry was huge, with multiple car and cabin decks. We lined up with a number of other ageing campervans and a large contingent of trucks.

I had read reviews that only the driver could drive the van on board and the passengers had to board separately. Thankfully this wasn’t the case and we were able to board the ferry together.

On board the car ferry

Once on board we head straight to our Inside 4 berth cabin with en suite to sleep for the night.

It was pretty cosy and wasn’t really somewhere we wanted to hang out, but it was clean, comfortable and quiet.

It is possible to travel overnight on the ferry without purchasing a cabin, but with the kids it made it a lot simpler to have our own beds and a bathroom.

Thankfully everyone slept pretty well. When we woke up late the next morning and ventured up on deck we were surrounded by sunny skies and beautiful deep blue seas.

We didn’t dock in Rome till 8pm so we had an entire day to fill on board the car ferry. Unlike cruise liners, the car ferries are pretty basic operations. To be honest the ferry exuded an odd, lonely feeling.

It was huge with hundreds of cabins and cavernous service areas that were mostly empty. Perhaps in times gone by it was a popular and cheap mode of travel but now it seems to serve mostly truck drivers and retired camper van travellers.

I had been worried about sea sickness and had purchased some anti-nausea tablets before the trip. They made us all feel quite tired but no-one experienced any nausea which was a great. Nothing ruins a boat trip like constant nausea or vomiting!

To put it simply there wasn’t a lot to do! Thankfully we had a couple of movies on the laptop, books and card games to keep us busy. We wandered between the cafeteria where our very basic breakfast and lunch was provided, to the open deck and a “club” – a cavernous room full of empty lounge chairs and tables that reminded me of a 70’s casino.

The occasional ship would pass us by. We had a fleeting glimpse of Sardinia and Corsica as we sailed between the two islands and we were all glad to spot land and dock at Rome on time at 8pm that evening.

Our campsite for the night was an hour or so from the port on the outskirts of Rome. Matt and I spent a month in Italy many years ago so we decided not to visit Rome this time and we zipped across Italy the next day.

As we passed by gorgeous scenery and hill towns on our way across the country we made a note to plan a trip to Italy in the not too distant future as it is such a beautiful country.

We stopped near Manfredonia on the east coast before driving down to Bari to catch our next ferry.

We boarded the second of the overnight car ferries in Bari on the east coast of Italy. This trip is a 10 hour overnight ferry and is run by Croatian company Jadrolinija. The trip to the Port in Bari was a little more complicated than our experience in Spain.

The entry to the port and the check in area had both moved. There wasn’t any signage to indicate the new locations. Thankfully we found our way there and passed through customs and passport control as we were leaving the schengen area. The process was a little chaotic but I think we are learning just to go with the flow in southern Europe and everything will be fine!

We finally boarded ferry number two in Bari at 9pm. Once again we went up to our internal 4 berth cabin with ensuite for the night.

This trip was bumpier: possibly due to the smaller ferry size or due to our room being at the back of the ship. Next time I would request a cabin further towards the centre of the ferry as we had a lot of engine noise at the back.

The sleep wasn’t great, but when we woke we were surprised to see we were arriving in the port of Bar in Montenegro.

After a very quick breakfast we packed up and were back down to the van to disembark at 8am in the morning. The customs and passport control process was quick and simple. A cursory glance through the van and our passports was all that was required.

Why take the car ferry?

The ferry trip from Spain to Montenegro wasn’t as cheap as driving but it was a great choice for a few reasons:

For me the car ferry was a lot like travelling long distances by air in economy – the service is basic but as long as your expectations are not too high you won’t be disappointed! Plus we had the added bonus of beds and plenty of space to wander around.

Disclaimer: As an Amazon Associate I earn from qualifying purchases. 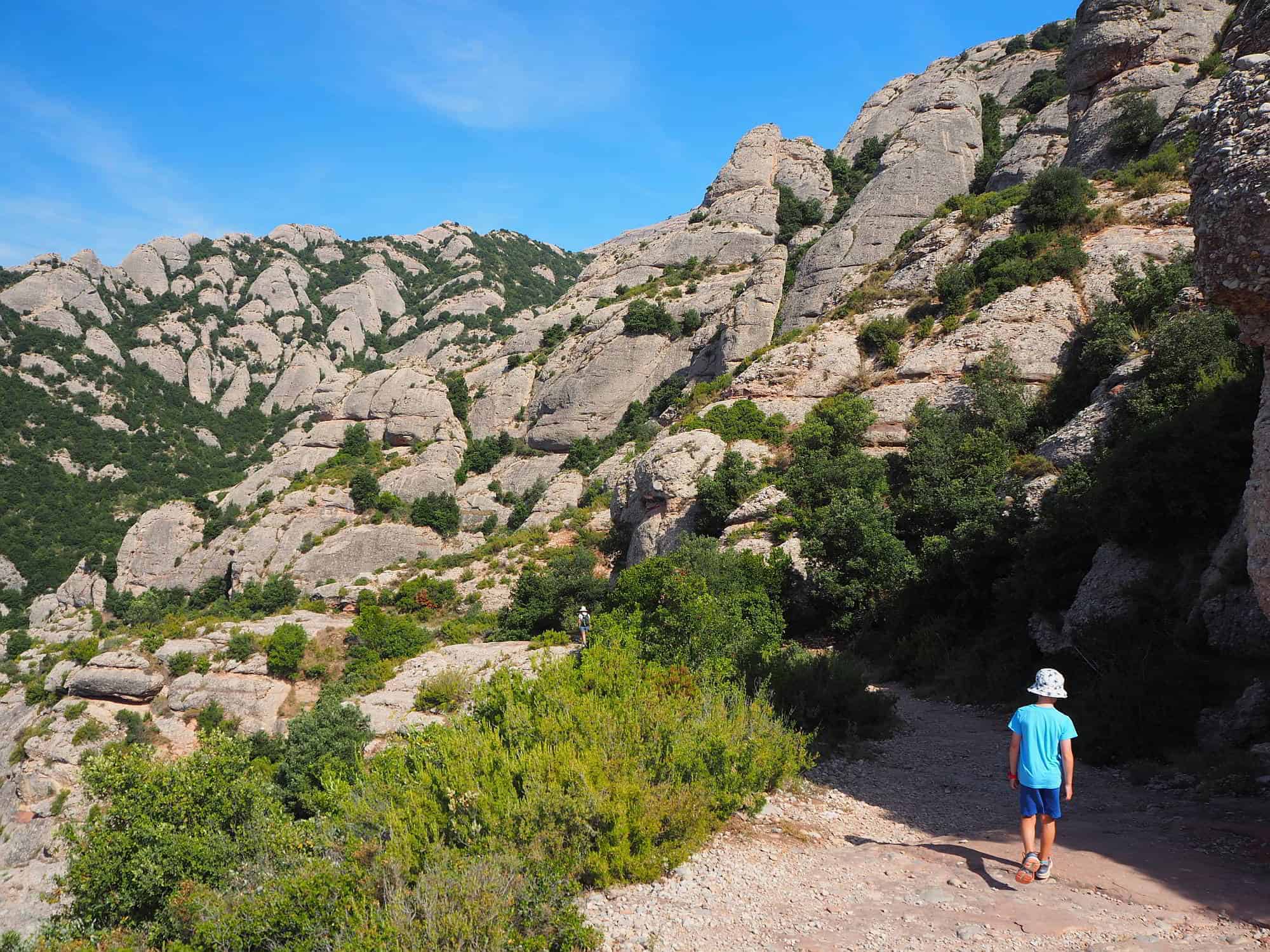 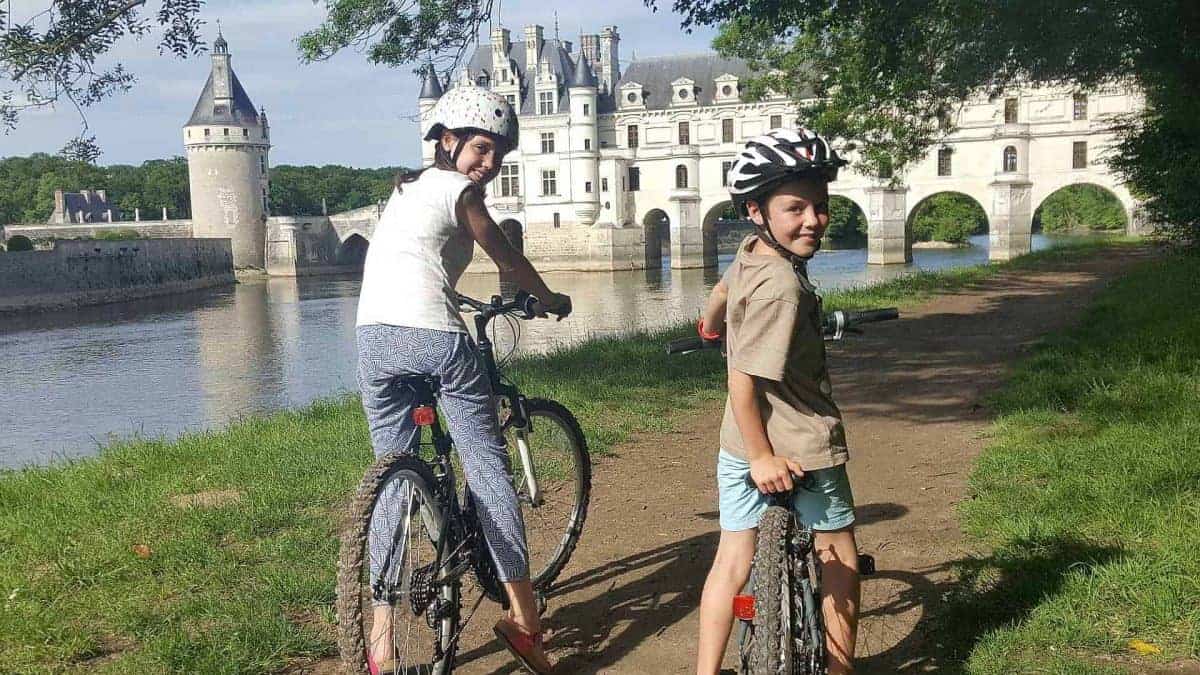 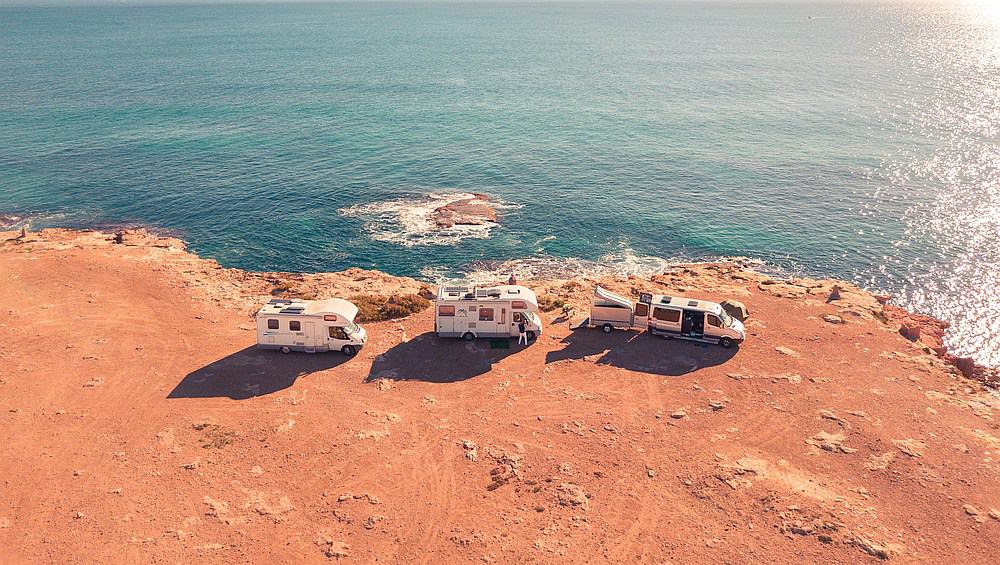