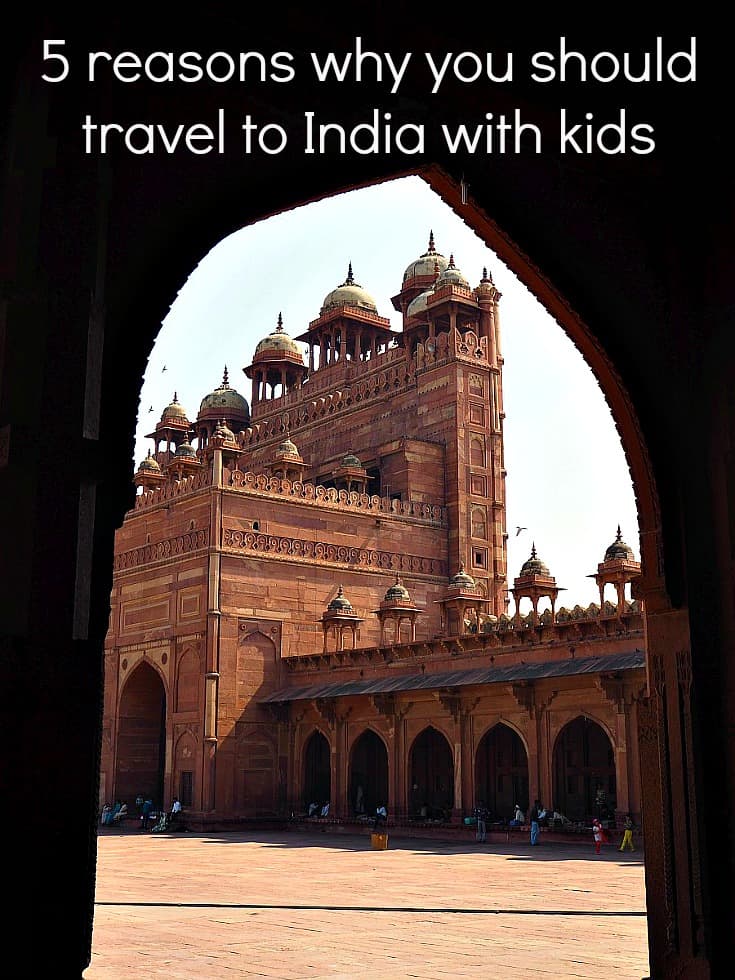 India was always towards the top of our list when planning our family gap year. From ancient forts to world famous monuments like the Taj Mahal and a culture so different from home, there were many reasons to visit. But should we travel to India with kids?

When we spoke to people who had been to India we received wildly varied opinions about their experience, both good and bad. We suspected India would be like no other place in the world and decided to go and see for ourselves.

It turns out it was a great decision to include India in our family gap year. Here are 5 reasons why we think you should travel to India with kids.

1. A unique and eye-opening cultural experience

For our kids, coming from a western first world country, India was like visiting another planet.  Our fear, as parents, was that it would be too overwhelming for the kids. There is no doubt that sometimes it was overwhelming. But the Indian people went out of their way to welcome our kids.

I lost count of the number of times that people came up to the kids and chatted, took selfies with them or shook Harvey’s hand. While the random hugs and handshakes got a little tiresome sometimes, it put the kids at ease. They felt welcome.

Everything about India was different to our life at home. Food, cooking, shopping, clothing, daily activities, even the driving! It gave our kids such a unique insight into everyday life for people in other countries. It gave them a point of reference for their own lives in Australia.

In Jodhpur we heard raucous drumming in the narrow streets below as we were having dinner on the rooftop of our hotel. Amelie and Harvey looked down to the street three levels below to see a band of men dressed in white suits with gold caps playing huge drums and wind instruments. Following them on a white horse was a man in a regal looking outfit.

The staff at the hotel told us he was a groom on his way to the wedding ceremony. A large wedding party followed the groom. Women dressed in beautiful coloured saris adorned with gold trim and dripping with jewellery. Some were balancing strange fluorescent lamps on their heads. The procession brought the street to a halt as people watched on. The kids were in awe of the procession. We witnessed several wedding celebrations where the energy, colour and joyfulness far exceeds that seen in Australia.

The kids loved seeing the different clothing styles, with women still wearing traditional dress across much of Rajasthan. The music, dance and puppet show at Bagore Ki Haveli in Udaipur was one of their favourite experiences in India. At the conclusion to a show at Khuri in the Thar desert the performers had everyone up dancing with them.

Even the seemingly mundane was interesting. We spent three nights in Orchha living with a family with kids the same age. Our kids learned about Indian school, helped cook and played new games with the local kids. Harvey is obsessed with cricket and will always remember the passion and energy of the crowd on his 8th birthday when we went to the opening day of the India vs Australia Test Match in Pune. But he will treasure just as much the memories of playing cricket with the local kids and adults in Orchha, Bundi and even the lobby of our Delhi hotel.

The kids were also confronted with sights and experiences that were less enjoyable. On our first day driving through central Delhi past piles of discarded rubbish we stopped at a set of lights. Our car was approached by two young kids knocking on the window begging for money with pleading eyes. After a few seconds they were joined by a hideously deformed man also begging for money.

My kids were clearly uncomfortable and we were all relieved when the light turned green. However, this scene lingered with them and later triggered conversations about poverty, healthcare and waste management. The experience educates them about the world and helps them understand how lucky we are in Australia compared to many people in the world.

There are few places in the world where you can wander freely to explore huge, ancient palaces and temples. In Orchha, we basically had the the temples to ourselves. We climbed dark and steep staircases and crept along high gantries while peeking through windows and over battlements to the countryside below.

The kids started to rank the forts and palaces based on how much freedom they had to explore it themselves! They loved the well maintained Udaipur Palace where every room was decorated in a different way with vivid paintings that brought the past to life.

In Ranakpur, the gorgeous white marble temple carvings were so fine and detailed the domed ceilings looked as though they were made of lace. We even stayed inside the world’s only living medieval fort in Jaisalmer and enjoyed exploring the alleyways and Jain temples scattered throughout the fort.

Our kids love animals and in India you see them everywhere. Our trip through Rajasthan involved a lot of driving and we were worried about how the kids would cope being in the car so much. The animals kept them constantly entertained.

India is the land of the sacred cow. During our first day driving through small villages the kids shouted with joy and amazement as the cows stood on the roads idly searching for food scraps while cars and people weaved around them.

The excitement of seeing cows in the streets slowly wore off but then they saw elephants, camels, donkeys and horses pulling carts and carrying huge loads down the streets. The kids were thrilled to ride a camel in the Thar Desert for the first time. Then there were the monkeys, who popped up here and there, mischievous as ever, the dogs wandering the streets, pigs eating the rubbish in the street…the list goes on.

It a novel experience for the kids to see so many animals wandering freely in the villages and towns and made India so memorable for them.

We did not eat much Indian food in Australia and were worried the kids would not enjoy it. While there were plenty of dishes they didn’t like, they soon found many local favourites.

The variety and flavour of the local food was great and you could often specify how spicy you wanted each dish. Even if the kids did not enjoy a dish of dal or curry, there was always plenty of roti, naan bread or rice to fill up on. We stuck mostly to vegetarian local food and were impressed with the variety and tastiness of the food.

The kids were happy to experiment and were soon enjoying banana lassi, palak dal, gulab jumon, parantha, roti, naan, samosas, vegetable pulao, dosa and pakora. There are so many delicious options. They also enjoyed the Parle G sweet biscuits, a snack we often had with marsala chai tea on our travel days.

5. Braving the market to find some bargains

The kids loved visiting the local markets and bazaars where you could find pretty much anything. The markets were vibrant busy places, full of colour and noise as people went about their business buying what they needed.

The kids learnt the art of bargaining as they shopped for their own gifts which included saris, bracelets, stone carvings, henna and toys.

Travel to India with kids

Taking kids out of their comfort zone is a great educational experience. India certainly does that, but in a safe way. They will experience new cultures, sights, sounds, smells and tastes they can’t learn from reading a book or watching a movie. As parents, you get to share this experience with them and help them process and understand it.

Travel to India will truly expand their view of the world. We hope it makes them more aware of cultural differences and give them a better appreciation of the different challenges people face in their everyday lives.

Disclaimer: As an Amazon Associate I earn from qualifying purchases. 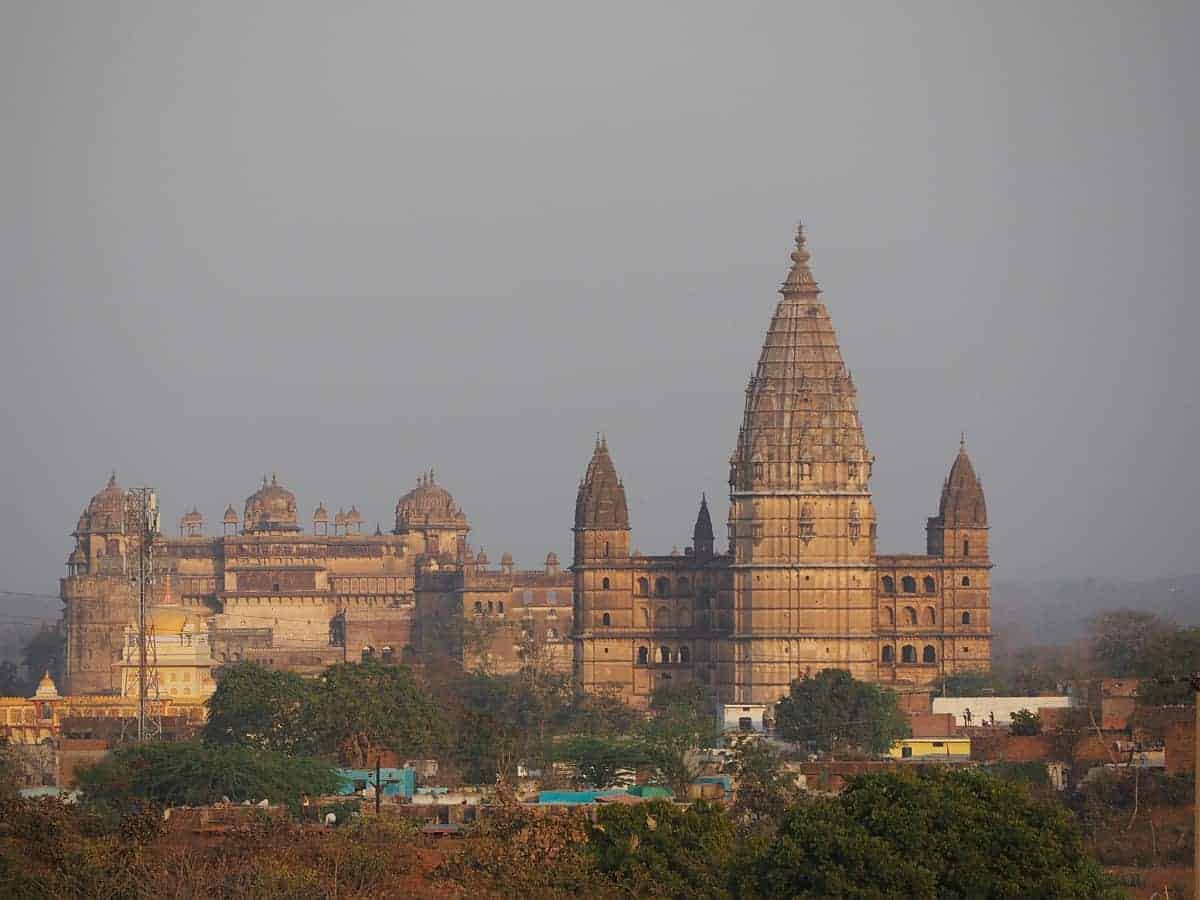